Information for Bradway and S17

Bradway Action Group was established in 2003. We aim to look after the interests of all those people who live, learn, work or play in this leafy Sheffield suburb.

This page contains announcements and items of immediate interest. For more news articles, please go to the News page. Explore the other pages for bus and train timetables and much more.
To join Bradway Action Group please go to the Membership page for an application or renewal form.​

June 2nd - 10 years ago, to celebrate the Queen’s previous Jubilee (was it the Diamond?), Sheaf District Scouts organised a beacon as part of a nation-wide chain. It was placed in a prominent spot at the far end of the Recreation area (behind Sainsbury’s). There was a lot of bureaucracy involved in making that happen – enough in fact to deter those involved in a repeat for this Platinum Jubilee.
Despite that, a list of beacons to be lit this evening includes one on Bradway Rec! We can only suppose that somewhere a presumption was made that 2022 would be exactly the same as 2012. Given that the awfully nice chap who was the Scouts’ royal contact in 2012 didn’t seem to be fully engaged in the process, that’s not really a surprise. One letter that he sent began “The Queer is pleased to confirm…” When this was diplomatically pointed out to him he blamed the typist. Of course.

May 23rd - Following communications with Sheffield City Council about problems with road safety, Bradway
Primary School is pleased to have been chosen to trial a ‘School Streets’ road closure. As many will know, there have had ongoing problems with some drivers parking or driving their vehicles onto Bradway Drive at the same time as pupils are arriving or leaving school, thus creating a risk to pupil safety. Bradway Drive will be closed to traffic from its junction with Prospect Road for 45 minutes at the start and end of the school day.
May 6th - Interesting (?) news from Network Rail.
Dore and Totley station car park will see partial and full closures over the next three months to allow essential construction work to start as part of the Hope Valley Railway Upgrade.
The closures are needed to allow for the safe delivery of railway track and materials and for the construction of a second railway line, platform, and accessible footbridge at the station. No trains will run from the station over weekends in July while work is delivered.
The improvements will remove several bottlenecks along the Hope Valley line to enable more reliable passenger journeys between Manchester and Sheffield.
Alternative parking spaces will be available at Abbeydale Sports Club and local businesses will remain open and accessible throughout.
The one-way route around the car park, along with the disabled spaces and drop off point will be left clear during the partial closures. A pedestrian access route to both the station and the Rajdhani restaurant will be made available throughout.
The orange boxes show spaces closed during the part closures. The car park will have a barrier near the entrance during full closures. 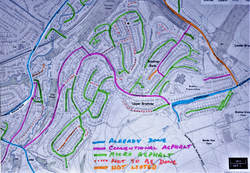 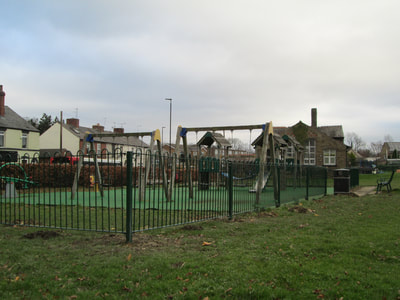 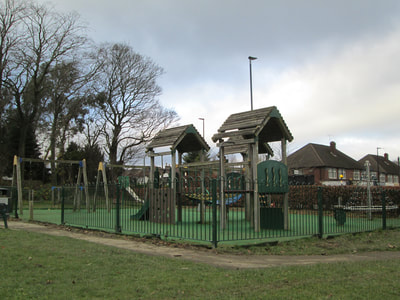 ﻿Health and Well being Profil﻿e
This profile gives a snapshot overview of key Health and Well Being indicators in Bradway, with comparisons to the city of Sheffield – 2012 data. You can follow links to compare with other neighbourhoods and see how well Bradway rates against other areas. Details for Dore & Totley Ward are available here for 2013.  Sadly, budget cuts have prevented production of more up to date statistics since 2013.